Carbohort
A producer of organic substrates
and humus extract

CARBOHORT is a family company that uses natural deposits of soft brown coal – lignite, located in Poland. The use of brown coal or “black gold”, as we call it, in the cultivation of plants is not something completely new, but unfortunately much forgotten. We often joke that this is really the „oldest novelty” that we want to re-introduce to farmers and gardeners. We started our business with an idea of co-creating a new quality of crops in full harmony with Nature, and also for the sake of the deteriorating soil condition in Poland. By creating innovative products – CARBOMAT and CARBOHUMIC we want to contribute to the improvement of the quality of produced food and have a positive impact on the surrounding natural environment. 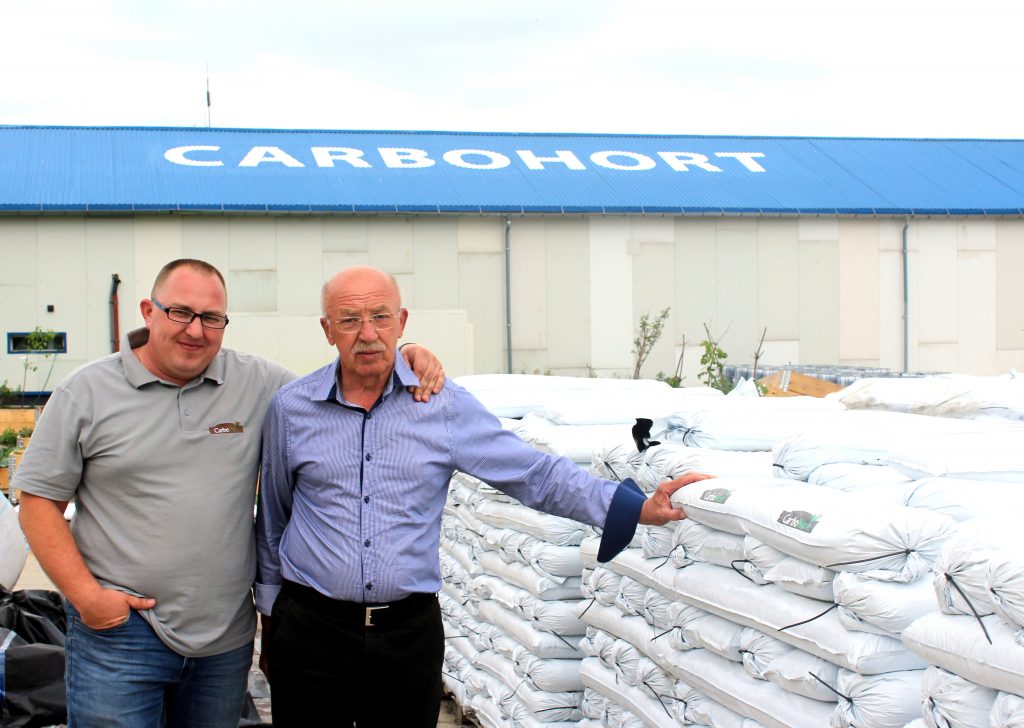 Organic substrate CARBOMAT – for soil and soilless cultivation of plants, and humus extract CARBOHUMIC – a preparation for nourishing plants and improving soil properties.

Organic substrate for soil and soilless cultivation of all plant species.

We make every effort to ensure that the products we offer meet your expectations.

We make sure that our products have a positive impact on the natural environment.

In case of any doubts, be sure to contact us. We will certainly help and advise.

The world we live in changes very dynamically

The world we live in changes very dynamically; environmental pollution, deteriorating food quality, and thus our health, climate change… in our opinion, the situation we are in is dramatic and requires our immediate intervention. Thinking about future generations we must pay more and more attention to our closest surroundings. We must demand more not from governments, public and private institutions, companies etc., but above all from ourselves. After all, the environment is a common good, a property of all humanity and we are all responsible for it to the same extent.

We want to mobilize people to own even the smallest crops; home gardens or those on the rooftops, herbariums on the windowsill or terrace, vegetable gardens in schools – in other words, everything that will allow you to feel the satisfaction of growing your own tasty, healthy and organic food. We want to refute the stereotype that having own crops is as tedious and time-consuming as it normally seems to most of us. Only by eating our own produce, we are absolutely sure about their quality.

A paradigm shift regarding the use of brown coal

We want to change the way of thinking, show that brown coal is involved not only in burning and emission of CO2 into the atmosphere, and thus accelerating global warming, but something quite the opposite – the sequestration of this greenhouse gas, which takes place in two forms:

Furthermore, in times of growing importance of healthy and organic produce, the concept of using brown coal may be the key element in cultivating plants.

Environmental protection through use of means neutral to nature – soils, rivers, groundwaters

Currently, there are many phenomena that have a very negative impact on the surrounding natural environment, especially soils. One should mention at least: the uncontrolled and excessive urbanization, development of high-emission transportation or soil degradation as a result of intense human activity. All this result in ​​global arable land shrinkage by around 1% annually. It is worth recalling that 100-500 years are needed to produce 1 cm of soil in natural conditions. That is why it is so important to:

Climate change is a global problem with serious ecological, social, economic, political and revenue-sharing consequences, and represents one of the greatest challenges for humanity in this century. Probably the most severe consequences of climate change will fall on developing countries. Many of the poor inhabitants of our planet occupy areas particularly vulnerable to the effects of global warming, and their livelihoods depend largely on natural resources, such as agriculture, fisheries and forest resources. As of today, they have no other means of subsistence or resources, that would allow them to adapt to the effects of climate change or face catastrophic situations. Therefore, in order to prevent the growing pressure of migration and thus emerging social unrest, it is so important to allow the population to remain native in their current places of residence, inter alia by conditioning areas not yet used for cultivation, including desert areas.

Change of habits in greenhouse and field cultivation

We believe that there are no shortcuts in food production. In the pursuit of profit, cost reduction and crop aesthetics, we have made compromises that will have a negative impact on our health and the environment around us in the long run. We want to motivate as many food producers as possible to take responsibility for the health of other people and the environment in which they live. We also want to encourage the citizens to decide mostly on local products, hence avoid long-distance transportations and mass fruit and vegetable factories.

more
Earth does not belong to us.
We borrow it
...
from our children.

Let us change the future together!